Story by Renee A. Simpson

Meeting Michael Calogero for the first time isn’t as simple as meeting a man – you also meet his family.

Michael’s family, of course, doesn’t come to work with him. (Although, because of COVID-19, he’s been working from home nowadays.) They’re not involved in his consultations with clients. But Michael’s desire to serve his family comes through with every interaction.

The lessons he’s learned from his hard-working parents – as well as his experience as a husband of 24 years and father of two teenagers – was a major force behind his decision to specialize in estate planning.

“After law school, in my first role as a personal injury attorney, the biggest thing I learned was my ability to be a game-changer for someone in his or her time of need,” Michael said. “As a result of helping my client, I was also helping their family and strengthening that support system. The most enjoyable part was definitely the people – not profits.”

I may make a small difference in the lives of others, but I know I am enriched by the people I serve. Check back to read the engaging stories of some of the folks I’ve been able to help over the years."

The foundation of Family First for an estate planner

The sixth of eight children and a native of New Orleans’ Gentilly neighborhood, Michael’s parents taught him the immense value in serving others. That desire to serve was strengthened during his time at Louisiana State University and eventually Loyola University’s College of Law.

Michael’s education also included the influence of Brother Martin High School and the Brothers of the Sacred Heart.

Looking back on his childhood, he describes his mother, Gerry James Calogero, as a “prolific home economist.” His late father, Pascal F. Calogero Jr., served the public for 36 years on the Louisiana Supreme Court, including some time as its Chief Justice.

“My parents’ personal and professional integrity taught me about true service,” Michael said. “I’m honored that my father’s ability to inspire others lead the state to name the Louisiana Supreme Court Building for him.”

When the elder Calogero passed away just before Christmas 2018, the experience underscored the importance of helping others with estate planning, Michael said. “I’ll always be an advocate for encouraging people to protect not only what they’ve built, but also the precious lives they’ve welcomed into their families along the way.”

To that end, Michael’s work creating last wills and testaments, navigating successions or organizing a power of attorney are not just services for those thinking about ‘end of life’ – rather, it’s about quality of life.

“What makes my law practice different is my individualized, client-focused approach,” he said. “I’m interested in achieving each client’s goals while fulfilling their needs and heading off any potential issues.”

Illness, death, life-altering disability or disaster can lead to financial stresses that can profoundly affect members of your family into the future. An estate plan can mitigate those threats. Michael produces well-thought-out, practical and strategic estate plans that incorporate the many variables unique to each client’s family story.

In short, Michael’s approach is to put YOUR FAMILY FIRST.

Leaving a legacy through estate planning

While Michael enjoys making connections with clients through discussing their own families, he’s also all about results.

After more than 25 years of practicing law and 22 years heading his own office, he remains committed to helping his clients leave a legacy through estate planning.

If you’re interested in learning more about how an estate plan can help you plan for your family’s future – whether you just got married last year or have been retired for decades – Michael is ready to listen.

But he may ask you about your family’s favorite vacation spot before you start! 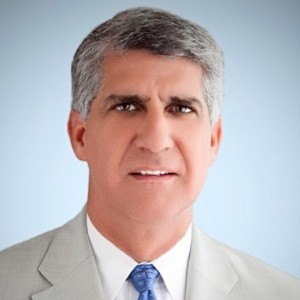 Family First: How estate planning can help you leave a legacy in your community

Sometimes, clients want to leave gifts for what I call their ‘super-extended family’ – their community. This could come in the form of a charitable donation to a church, beloved charity, or organization. Are you getting close to retirement? Are you just creating your young family? Are you a young professional just starting out? Are you a person with loved ones? If you answered yes to any of the questions, estate planning, especially drafting a last will and testament,  should be a priority for your future.

Family First: The necessary role of the estate planning attorney in sibling squabbles

In Estate Planning, families are at the center of everything. But when a family member’s better judgment is clouded by vices – specifically drug or alcohol addiction – the task of managing an estate can become fraught with conflict.

Family First: The importance of listening when creating a power of attorney

I met with Ms. Linda and her son, a retired military veteran who cut his career short to care for his mother. She was intent on setting about creating a Last Will and Testament and Power of Attorney document. Ms. Linda’s son knew about honor, having participated in numerous missions. And that extended to his instinct to honor and care for his mom.

From my family to yours – Merry Christmas! I hop

From my family to yours – Happy Thanksgiving! I'

Happy Labor Day from the Law Office of Michael G.

Happy Independence Day from the Law Office of Mich

"The strongest, toughest men all have compassion.